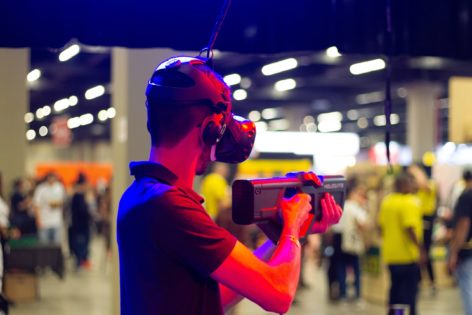 Nowadays, night vision technology has been predominantly used by military personnel in several tactical operations. Therefore, it is very necessary that you know everything about night vision optics before buying them. Here is a brief introduction of night vision devices, their history, and their uses.

If you have also been wondering – when was night vision invented?- you will get your answers here. Night vision technology was invented in the late 1930s by the Germans. It was developed by a German company that manufactured electrical equipment. The US army also manufactured the night vision device known as a sniper scope during world war II. It was developed to provide a clear sight during nights, as these devices were equipped with infrared lights.

The first batch of night vision devices was recognized as Generation 0. This proved very helpful to soldiers because the illuminator attached to these devices provided a clear image of the target.

With time, many changes were made to the night vision devices. Earlier, they were heavy and bulky, but generation after generation, they became more feasible to use. Later, night vision goggles and binoculars were created with a more advanced infrared night vision system. And in today’s market, Generation 4 is available with much more advanced features.

What Are Night Vision Technology

In some situations, night vision technology does not need any light at all. You can easily obtain the image of any object by detecting the heat pattern produced by them. This is called thermal imaging. The more heat or radiation produced by the object, the more clear the image will be.

Night vision technology can be used for the following purposes :

Night vision technology has helped hunters to hunt in the dark and dense forest, irrespective of the day or night. Many animals prefer to come at night rather than in broad daylight, and thus hunters can use these devices to find them during the night without giving any hint to them.

Used By Military And Police

This is the most common use of night vision technology. In the military, soldiers can detect their enemy easily using these devices and locate their enemies during the night. This technology is very effectively used during wars.

Moreover, police also find this technology very useful while doing any kind of surveillance or law enforcement. At the times of patrolling and navigation, police often use both night vision goggles and thermal imagers.